From 1868 to the 1960s it was customary in many companies to mark the stamps used for postage with holes. This should prevent the employees from using the stamps for private purposes.  The idea of punching stamps came from the Englishman Joseph Sloper, who in 1867 applied for a special punching machine a patent.

The pattern of the perforation usually consisted of a letter combination of the initial letters of the company name (PERForated INitials).  In former times philatelists regarded a perforation as damage to the stamp. It was sorted out and added to the vignettes in the "back of the book" or even thrown away. The attitude to perfins has changed considerably in recent decades: There are work groups, collectors' clubs and several catalogs, in which tens of thousands of perfins are documented. There is a lot of research work in the catalogs, because the assignment between perfin and company is not always as easy as on this German Empire postcard from the Excelsior Fahrrad Werke:

Sometimes the same letters or letter combinations were used by several companies. In this case, a cancellation showing the city helps with the assignment – “Brandenburg (Havel)” on the postcard above.

There is a surprisingly large number of bicycle related perfins - especially from Germany and the Netherlands. You find a compilation in the article "Perfins - related to bicycles". Some perfins have changed over the years, for example Continental Caoutchouc- und Gutta Percha Compagnie:

If perfins were used for longer periods, such as the Deutsche Triumph Fahrrad Werke Nürnberg from 1907 to 1925, the same perforation is found on different stamps:

There are many variants where single holes or even whole letters are missing.

Perfins are not only found on stamps but also on postcards: 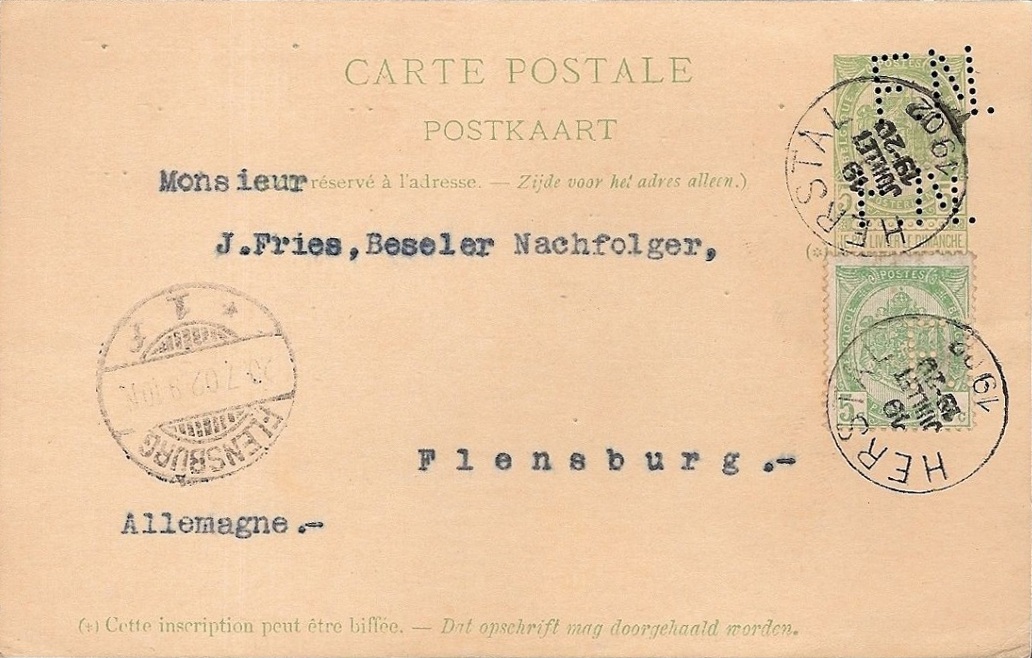 The above is double-perforated “F.N.” and comes from the Belgium manufacturer Fabrique Nationale d’Armes de Guerre (Herstal) known for his chainless, shaft-driven bicycles: 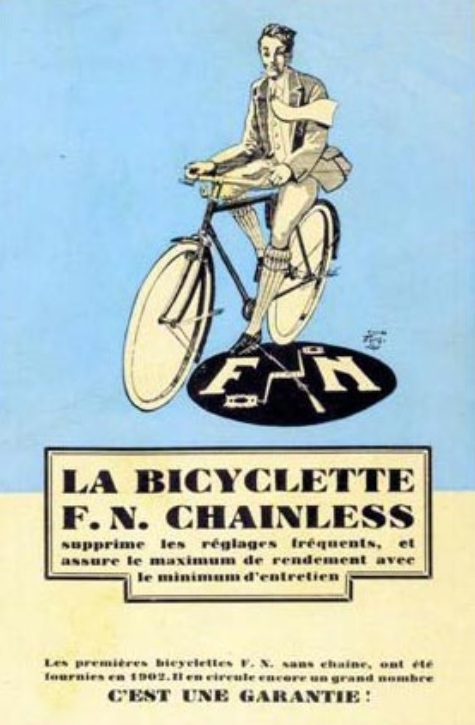 The 5 c stamp added for overseas mailing is perforated too. The card was sent to the bicycle manufacturer J. Fries, Beseler successors in Flensburg/Germany who also used perfins - not with the initials but with the full name “FRIES”: 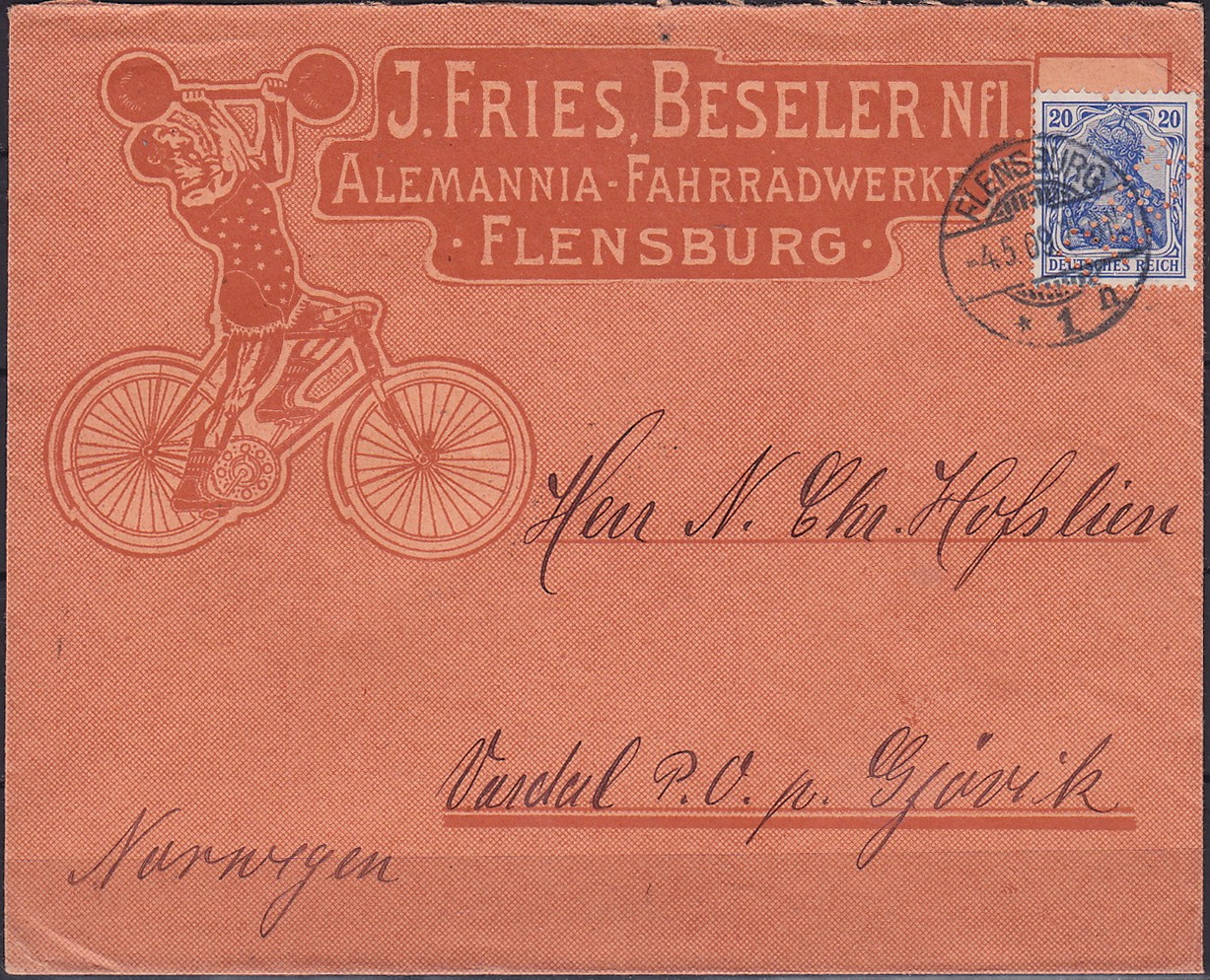 On other cards/stamps the addressee added additional holes

Nowadays a perforation would actually make the stamps worthless, because in most postal areas, as in Germany, these are no longer allowed. Instead of them metermarks are used.

Perfins may be regarded as personalized stamps. They can be shown at official exhibitions. They enrich each thematic collection and offer wide possibilities for research.

Thanks to Nico Helling from the MFN for the approval to take over parts and pictures from his report.

Perfin Club of New Zealand and Australia: And so the Perfin was Born

What is a Perfin?
The Origin of Perfins
Perforating Machines
The Use of Perfins in Canada